Bitch Media is currently accepting nominations of “leaders from marginalized communities who have made a tangible impact in the previous 12 months in the areas of activism, education, entertainment, politics, science, sports, and technology” for its Bitch 50 awards.

Eisner Awards voting is open until June 14. Are you a professional in the industry? Do you make webcomics? Then you can vote! Alex de Campi outlines the process here.

The John Locher Memorial Award is accepting applications from cartoonists whose work features a strong perspective on social or political issues and who are aged 18-25 until June 15. Award winners receive a $1,000 cash prize and an all-expense-paid trip to the annual convention of the Association of American Editorial Cartoonists.

The Ladies of Horror Fiction Awards is accepting submissions of works of horror created by women (cis or trans) until December 31. The awards will be announced in 2020.

Ylva Publishing is currently running a Kickstarter to produce The Power of Mercy, a Lesbian Superhero Graphic Novel. The Power of Mercy follows Mai Redstone, a shape-shifter superhero who must find a murderer and confront her loyalties to her family and to herself. Tier options include digital and physical copies of the graphic novel, digital and physical copies of related prose novels, stickers, a custom Pop figure, additional Ylva books, and a cameo. The Kickstarter ends on May 27. 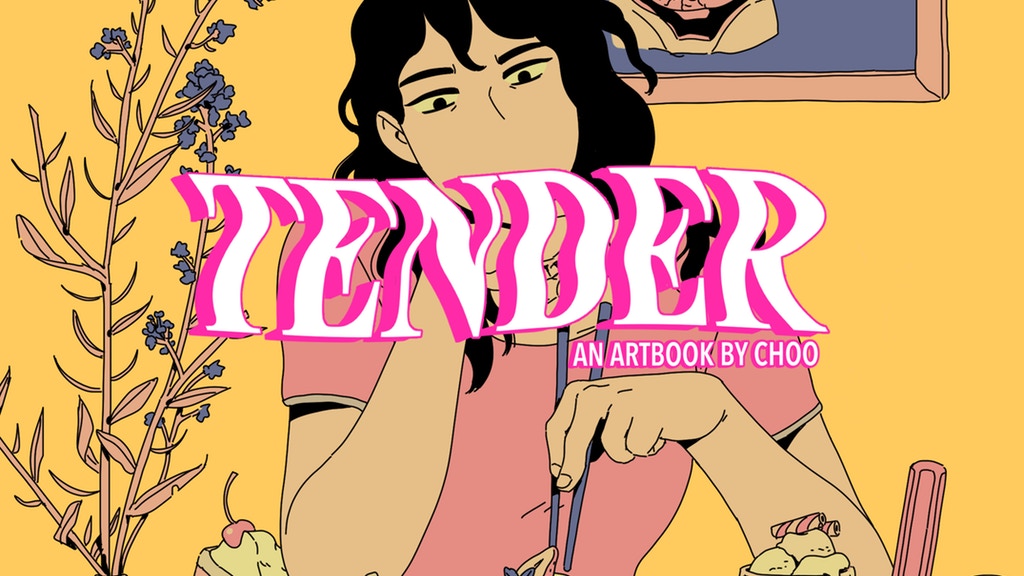 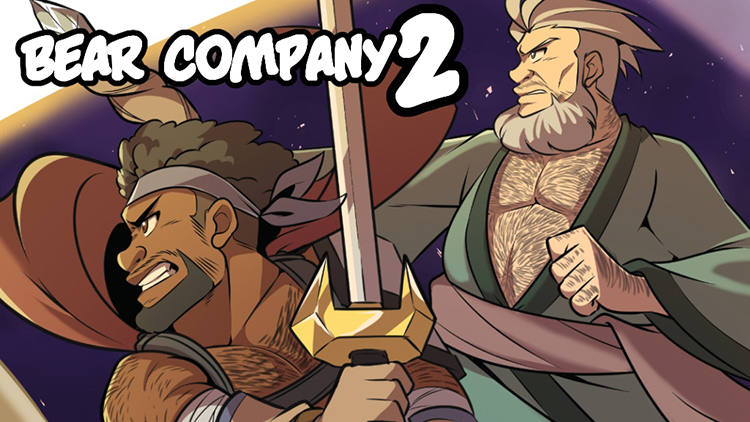 Pat Myers is currently raising funds on Kickstarter to produce Bear Company 2: A Gay SFF Zine. The comic anthology feature 64 pages of science fiction and fantasy stories featuring fat gay men and the work of 8 contributors. Tier options include digital and physical copies of Bear Company 2 and digital and physical copies of other Pocket Bear Press zines. The Kickstarter ends on June 3.

Pixabits is currently raising funds on Kickstarter to produce Future Girl #2. Future Girl is a time traveling super hero who, with the help of her companions Steadfast and The Horologist, must defend free will against those who would endeavor to defeat it in the future, present, and past. Tier options include digital and physical copies of issues #1 and #2 of Future Girl, art prints, an “easter egg” appearance in Issue #3, and a cameo as a villain. The Kickstarter ends on June 4.

Arledge Comics is currently raising funds on Kickstarter to produce My Kingdom for a Panel: A Shakespearean Anthology. The collection features nearly 200 pages and 26 original stories inspired by Shakespeare’s works created by an international group of contributors. Tier options include digital and physical copies of My Kingdom for a Panel, stickers, an enamel pin, stationery, and commissions. The Kickstarter ends on June 6.

Victoria (Shouri), artist of webcomic #Blessed, is currently raising funds on Kickstarter to publish #Blessed Volume 1. To quote the Kickstarter, “Joanna is a mid-twenties office girl who likes social media and watered down coffee. While griping about her love life, she accidentally swiped right on a whole Pantheon of Gods and Goddesses! Looking to fulfill an ancient prophecy, only one of them will be able to claim Joanna as their own… after a nice dinner, that is!” Tier options include digital and physical copies of #Blessed Volume 1, a digital copy of Victoria’s artbook Tasty Treats, a digital wallpaper, prints, a pin set, post-it notes, a tarot deck, a tarot mantle, original artwork, and a cameo. The Kickstarter ends on June 6.

Jonathan Hill is currently raising funds on Kickstarter to produce POSTSCRIPT, the third and final book in the Unversed comic anthology series. Unversed is a two-color, softcover comics anthology featuring 12 new artists from the Pacific Northwest College of Art, as well as 27 new and returning contributors from within the Unversed community, featuring the theme of “last times.” Tier options include digital and physical copies of Postscript, digital and physical copies of other Unversed comic anthologies, a custom bookplate, bookmarks, prints, stickers, fonts, original artwork, and more. The Kickstarter ends on June 7.

Hien Pham is currently raising funds on Kickstarter to produce the graphic novel Boyfriends and Their Giant Dog. Oai and Buu, former rivals in the sport Dua Roi, fell in love and moved to the countryside with their dog Obelisk. When Buu moves back to the city for a career opportunity, the two must contend with their relationship over long-distance. Tier options include digital copies of the completed graphic novel, a behind-the-scenes digital booklet, and a personalized thank-you sketch. The Kickstarter ends on June 11. 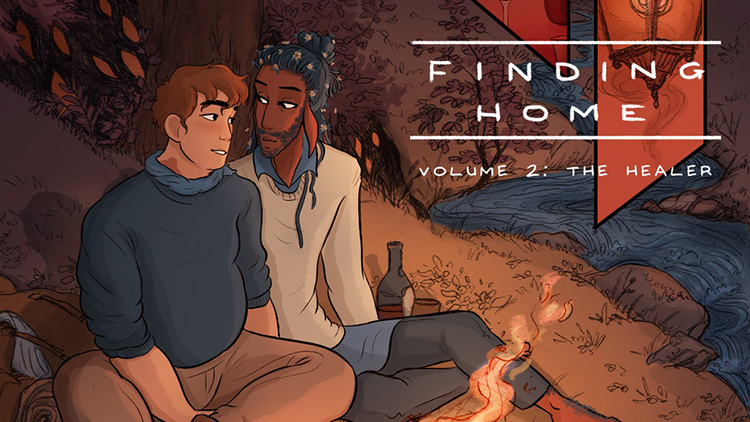 Hari Conner is currently raising funds to publish the second Volume of Finding Home: The Healer. Finding Home is an award-winning LGBT romance comic that explores nature, magic, mental health recovery and relationships. This second volume will contain chapters 5-8 of the story in a 196-page softcover full-color comic. Tier options include digital and physical copies of both issue 1 and issue 2, a prequel comic PDF, an enamel pin, prints, a sweatshirt, and original comic pencil. The Kickstarter ends on June 12. 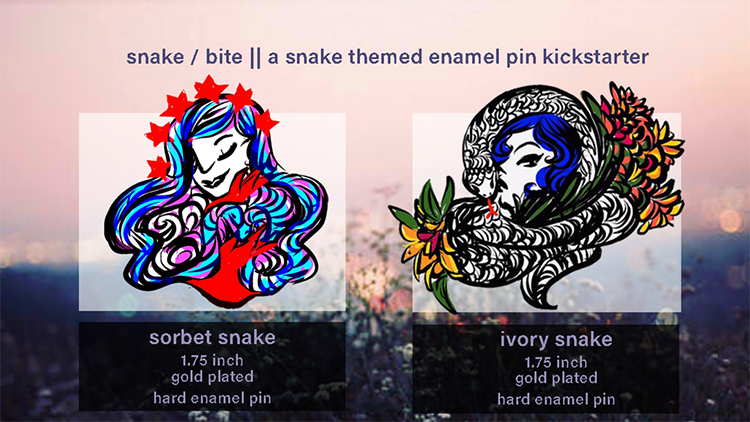 Illustrator Michi is currently raising funds to produce snake + bite || a series of snake babe enamel pins. Tier options include the ivory snake enamel pin, with the “sorbet snake” enamel pin and a mystery patch to be revealed as the campaign progresses. The Kickstarter ends on June 14.

Nicole of CatStealers is hosting a mini daki group order. Artwork is due on May 25.

The Comics Studies Society is accepting nominations for Executive Board positions.

A Comics Workforce Study is accepting submissions from those who work in the comic book industry.

The Latinx Collective shared a directory of Latina and Latinx small business owners and collectives. Check it out!

Did you or will you table in an artist alley in the US in 2019? Take the 2019 Artist Alley Convention Survey here. The results of the 2018 survey are available here.

Check out Arts for LA, Call for Entry, College Art Opportunities, Graphic Competitions, or Hey, Art Friends for more exhibition, residency, and grant opportunities. See Find Anthologies for a list of anthologies with open submissions and to submit anthologies of your own. Check Chris Arrant’s #ComicJobs hashtag on Twitter. Check Comic Ops to see opportunities specifically for comic creators.

Con or Bust has free tickets available for people of color for a number of upcoming conventions, including NorWesCon, the Locus Awards weekend, the Nebula Conference, and more.

Looking for more fan zines to submit to? Check out this spreadsheet created by magicalzombie for more! Have a finished zine project you want to advertise? Check out Zine RTer!

Thank you to Steven, Elle, Andi, BlackHairedDemon, Catarina, Laura, and Michi for your Patronage!