Nilah Magruder shared this Illustration Awards Masterlist. Scroll down to the Resources section to see even more that Nilah has contributed to the community for free. Thank you so much, Nilah!

The 2020 Cartoonist Studio Prize is accepting submissions until today, January 31. Eligible comics (including webcomics) must have been published in English in 2019. Two recipients will receive $1,000 each.

The Sunburst Award for Excellence in Canadian Literature of the Fantastic is accepting novel-length books and short fiction by Canadian authors published in 2019 until today, January 31.

The Tomás Rivera Book Prize is accepting submissions of previously unpublished works in prose written primarily in English focused on the Chicanx/Latinx experience in the United States until today, January 31 (deadline extended). There is a $35 entry fee.

The 2020 Excellence in Graphic Literature Awards is accepting submissions of fiction and nonfiction graphic novels published in 2019 until February 1.

The Ripped Bodice Awards for Excellence in Romantic Fiction will announce its winners on February 14. While there is no formal submissions process and judges are tasked with making note of memorable romance fiction, you are welcome to submit your work for consideration.

The SFWA Nebula Awards are accepting nominations from Active, Lifetime Active, and Associate SFWA members in good standing until February 15 at 11:59pm PST.

The Jeanne Córdova Prize for Lesbian/Queer Nonfiction is accepting submissions from lesbian and lesbian-identified queer authors through February 17. The award winner will receive a cash prize of $2,500.

The Jim Duggins Outstanding Mid-Career Novelists’ Prize is accepting submissions from LGBTQ-identified authors who have published multiple novels and show promise to continue publishing high quality work for years to come until February 17.

The Judith A. Markowitz Award for Emerging LGBTQ Writers is accepting submissions from LGBTQ-identified, emerging writers who have published at least one, but not more than two, books of fiction, nonfiction, or poetry until February 17. Two award winners will receive a cash prize of $1,000.

The Myriad First Graphic Novel Competition is accepting submissions of graphic novels in process from creators who have not yet published a full-length graphic work until February 28.

The 2020 Comedy Women in Print Prize is accepting submissions of published comedy, unpublished comedy, and humorous graphic novels by “female (identified) authors including non-binary” published in the UK and Ireland until March 3. There is no cost for entry, but for shortlisted books, £50 will be required from the publisher and a further £50 for the winning book.

The 2020 Will Eisner Comics Industry Awards is accepting entry submissions until March 13.

The 2020 World Fantasy Awards are accepting submissions of fantasy books and magazines published in 2019. Materials should be received before May 31 (as soon as possible). 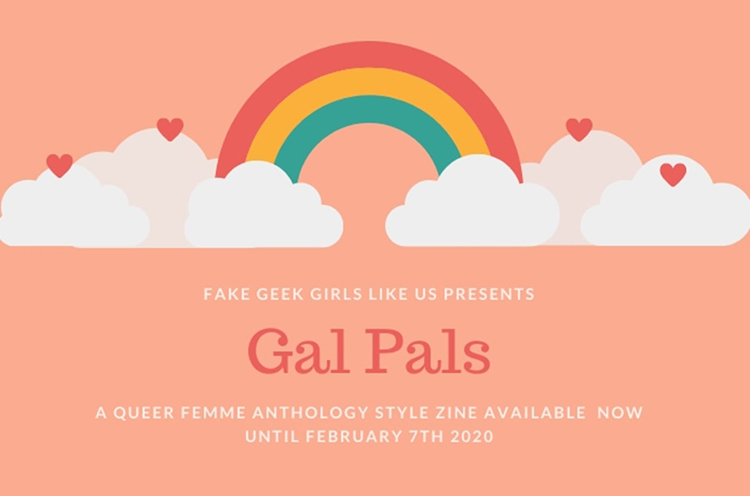 Fake Geek Girls Like Us is raising funds to produce Gal Pals, a 20-page full-color zine exploring the intimacy of femme relationships. Gal Pals features art, stories, and essays that showcase romance and friendships between original characters and fan favorites. Tier options include digital and physical copies of the zine, stickers, a print, a t-shirt, and commissions. The campaign ends on February 6. (Note: I am an artist in this zine.) 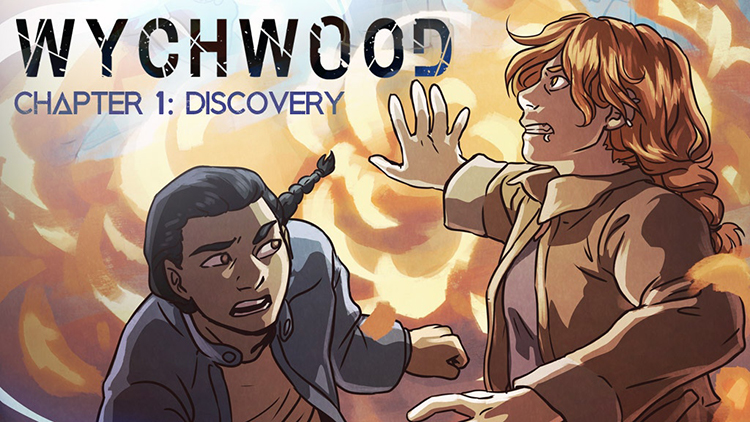 Ally Rom Colthoff is currently raising funds to publish a physical copy of Wychwood Chapter 1: Discovery. Wychwood is a sci-fi/urban fantasy post-apocalypse story that begins twenty years after the world was invaded by an alien force that left behind strange magic. As the organization Wychwood seeks to maintain its status as an authority on magic, delinquent Tiara must protect herself and stay under the radar. Tier options include digital and physical copies of the 36-page chapter, a sticker, prints, and a complete set of Colthoff’s comic Chirault. The campaign ends on February 12. 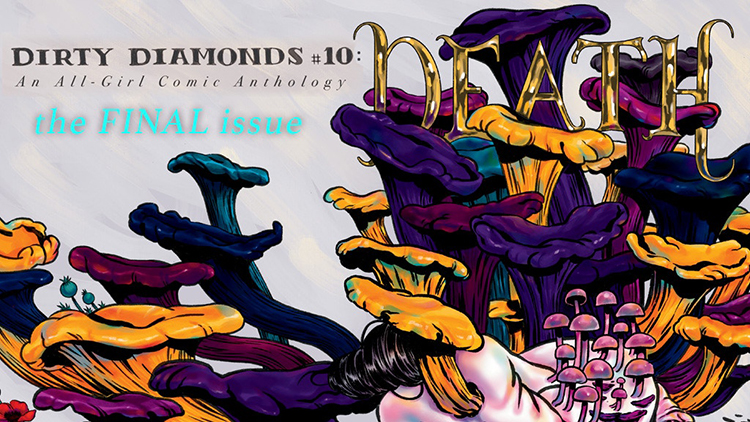 Dirty Diamonds is raising funds to publish their final volume of Dirty Diamonds: its tenth volume, Death. The 252-page anthology features semi-autobiographical comics from female and femme comic creators based on the theme of Death and how it has impacted their lives. Tier options include digital and physical copies of the book, postcards, bookmarks, a patch, an enamel pin, a signed bookplate, every volume of the Dirty Diamonds series, a candle, and a custom canvas print. The campaign ends on February 14.

Con or Bust is seeking volunteers to join their Board as a an Interim President and Treasurer, as well as seasonal volunteers. Con or Bust aims to provide free tickets and travel grants to fans of color who want to attend SFF cons.

Looking for more fan zines to submit to? Check out this spreadsheet created by magicalzombie for more!